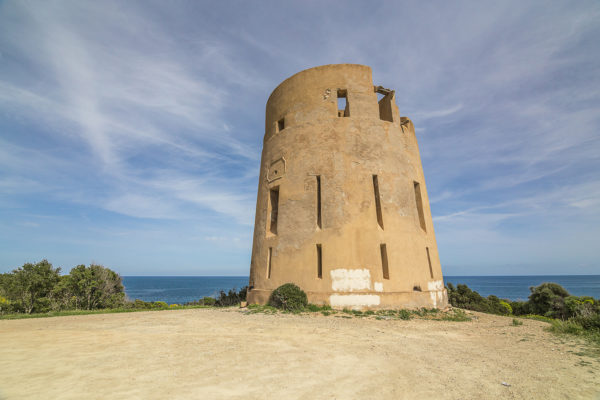 Only 15 minutes away from the Agriturismo is the Tertenia seasidecommonly referred to as Sàrrala, it is one of the most pristine and intact areas of Sardinia. Twelve kilometers of coastline where dunes of the finest golden sand alternate to red porphyry rocky outcrops.

As a natural amphitheater, the beaches come in succession: Foxi Manna, with shallow and crystalline waters (appropriate for families with young children), Foxi Murdegu and Barisoni, where the water takes up different nuances of blue and green.

From Foxi Murdegu beach the visitor cannot miss the imposing St. John’s Tower, built in the 17th century with granite and modified during World War II. On the east side of the tower, you’ll be able to spot some military trenches.

In this area several nuraghi can be found. These are majestic prehistoric buildings dating back to over 3000 years ago. The municipality of Tertenia contains some 77 of them, and those best-known are Nuraghe Aleri and Nuraghe Nastasi (both accessible through the main paved roads: Via Aldo Moro the former, Via Barisoni the latter).

This coast is also an attraction for climbing lovers: there are two main trails: one is named Sa Perda Stampada (the Hollow Stone), which originates in Tesonis, the second is the so-called Track of the Dilosaurus, renamed the Sardinian Jurassic Park, a magnet for climbers especially for its peculiar cliff. Getting there is quite easy: you drive back into State Road 125, keep going for 3 km, and at the intersection to Tertenia, follow indications for Marina, the seaside. From there, keep going for another 9 km and you made it!